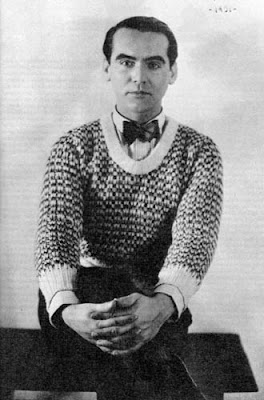 For me, imagination is synonymous with discovery. To imagine, to discover, to carry our bit of light to the living penumbra where all the infinite possibilities, forms, and numbers exist. I do not believe in creation but in discovery, and I don’t believe in the seated artist but in the one who is walking the road. The imagination is a spiritual apparatus, a luminous explorer of the world it discovers. The imagination fixes and gives clear life to fragments of the invisible reality where man is stirring.

The imagination merely discovers things already created, it does not invent, and whenever it does so it is defeated by the beauty of reality. The imagination hunts for images using tried and true techniques of the hunt. The mechanics of poetic imagination are always the same: a concentration, a leap, a flight, a return with the treasure, and a classification and selection of what has been brought back. The poet dominates his imagination and sends it wherever he wants. When he is not happy with its services he punishes it and sends it back, just as the hunter punishes the dog who is too slow in bringing him the bird. Sometimes the hunt is splendid, but the most beautiful birds and the brightest lights almost always get away.

The imagination is limited by reality: one cannot imagine what does not exist. It needs objects, landscapes, numbers, planets, and it requires the purest sort of logic to relate those things to one another. The imagination hovers over reason the way fragrance hovers over a flower, wafted on the breeze but tied, always, to the ineffable center of its origin.

The poetic imagination travels and transforms things, giving them their purest meaning, and it defines relationships no one had suspected. It was imagination that discovered the four cardinal directions and that has discovered the intermediate causes of things, but imagination has never been able to rest its hands in the burning embers, without logic or sense, where one finds free, unrestrained inspiration.

It is difficult for a so-called pure imaginative poet to produce intense emotion with his poetry. He can, of course, produce poetic emotions; and he can produce with the technique of verse that typical musical emotion of the Romantic, which falls short, almost always, of the deep meaning of the pure poet. But the imaginative poet cannot produce virginal, unrestrained poetic emotion, free of walls – rotund poetry with its own newly created laws. Imagination is poor, and the poetic imagination more so.

Visible reality, the facts of the world and of the human body, are much more full of subtle nuances, and are much more poetic than what imagination discovers. One notices this often in the struggle between scientific reality and imaginative myth, in which – thank God – science wins. For science is a thousand times more lyrical than any theogony.

The human imagination invented giants in order to attribute to them the construction of great grottoes or enchanted cities. Later, reality taught us that those great caves are made by the drop of water. The pure, patient, eternal drop of water. In this case, as in many others, reality wins. After all, it is much more beautiful that a cave be a mysterious caprice of water – chained and ordered by eternal laws – than the whim of giants who have no other meaning than that of an explanation.

The daughter of the imagination – the logical and legitimate daughter – is the metaphor, which is sometimes born from a sudden stroke of intuition and sometimes brought to light by the slow anguish of forethought.

The poet strolls through his imagination, limited by it. He hears the flowing of great rivers. His forehead feels the cool of the reeds that tremble in the midst of nowhere. He wants to hear the dialogue of the insects beneath the boughs. He wants to penetrate the current of the sap in the dark silence of great tree trunks. He wants to understand the Morse alphabet spoken by the heart of the sleeping girl.

He wants. We all want. But this is his sin: to want. One shouldn't want, one should love. And so he fails. Because when he tries to express the poetic truth of any of these motifs, he will have to make use of plastic analogies that will never be sufficiently expressive, for the imagination cannot reach those depths.

As long as he does not try to free himself from the world, the poet can live happily in his golden poverty. All the rhetorical systems, all the poetic schools in the world, from the Japanese on, have a lovely wardrobe of suns, moons, lilies, mirrors, and melancholy clouds that can be used by all intelligences at all latitudes.

But the poet who wants to break free from the imagination, and not merely live on the images produced by real objects, stops dreaming and starts to desire. Then, when the limits of his imagination become unbearable and he wants to free himself from his enemy – the world – he passes from desire to love. He goes from imagination, which is a fact of the soul, to inspiration, which is a state of the soul. He goes from analysis to faith, and the poet, previously an explorer, is now a humble man who bears on his shoulders the irresistible beauty of all things.

Imagination assaults the theme furiously from all sides, but inspiration receives it suddenly and wraps it in subtle, pulsing light, like those huge carnivorous flowers that envelop the trembling bee and dissolve it in the acrid juice exuded by its merciless petals.

Imagination is intelligent, orderly, full of equilibrium, but inspiration is sometimes incongruent – it does not recognize man, and often it places a livid worm in the clear eyes of our muse. Just because it wants to, without offering an explanation. Imagination creates a poetic atmosphere, and inspiration invents the "poetic fact."

Just as poetical imagination has a human logic, poetic inspiration has a poetic one. Acquired technique and aesthetic postulates are no longer of any use. And just as imagination is a discovery, inspiration is a gift, an ineffable gift. It was Juan Larrea who said, "This, which comes to me because of my innocence."

The mission of the poet is just that – to give life (animar), in the exact sense of the word: to give soul. Because I am a true poet, and will remain so until my death, I will never stop flagellating myself with the disciplines, and never give up hope that someday my body will run with green or yellow blood. Anything is better than to remain seated in the window looking out on the same landscape. The light of any poet is contradiction. I haven’t tried to force my position on anyone – that would be unworthy of poetry. Poetry doesn't need skilled practitioners, she needs lovers, and she lays down brambles and shards of glass for the hands that search for her with love.
________

But what am I going to say about poetry? What can I say about those clouds, about this sky? To gaze, to gaze, to gaze at them, to gaze at it, and nothing more. Understand that a poet cannot say anything about poetry-that must be left to critics and professors. But neither you nor I, nor any poet, knows what poetry is.
Here you are: listen. I have fire in my hands. I understand it and work perfectly with it, but I can't speak about it without literature. I understand all poetics; I could speak about them if I did not change my mind about them every five minutes. I don't know. One day bad poetry may please me very much, just as today bad music pleases me (and us) almost to madness. I would burn the Parthenon tonight just to begin to rebuild it again tomorrow, and never finish it.
In my lectures I've sometimes spoken of poetry, but the only poetry I can't speak about is my own. And not because I'm unconscious of what I'm doing. On the contrary, if it's true that I'm a poet by the grace of God – or of the devil – it is also true that I'm one by the grace of technique and effort, and knowing exactly what a poem is. (1921)
***** 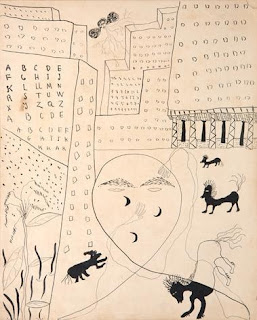 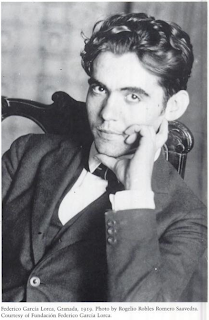 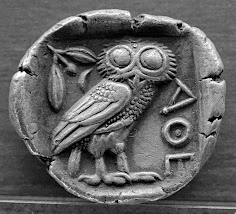